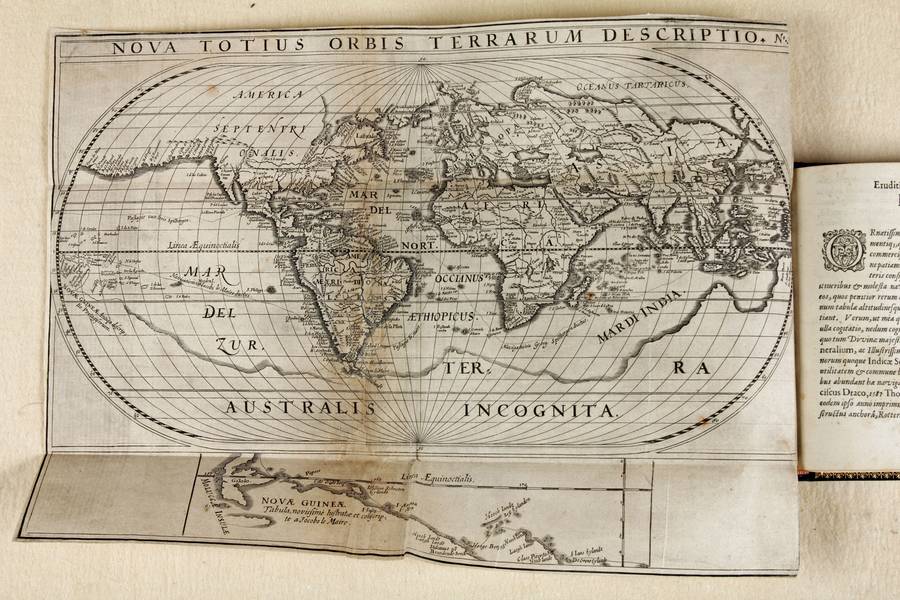 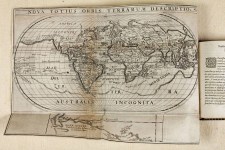 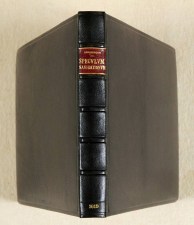 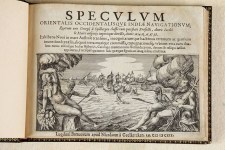 Spine in 4 compartments, with gild title and date

The book includes also the voyage of Schouten and le Maire, Navigationes Australes, who discovered le Maires Street and Cape Horn. That was in 1616. Both le Maire and Schouten, who split up during the voyage, claimed the discovery and both wrote their own journal. Schoutens journal was first published in 1618 by Blaeu in Amsterdam, le Maires, who died during the voyage back home, only came out in 1622.

Spilbergen was an accomplished admiral who had sailed for the VOC to the Indies before. He was sent again by the VOC to discover new territories, chart the Magellans Straits and damage Spanish interests in South America and the Philippines where possible. He landed in Brazil, mapped Magellans Strait, fought Spanish settlements in Chile, Peru and Mexico and sailed to the Philippines. Once in Batavia he picked up le Maire and the rest of his crew who had been arrested in Batavia for breaching VOC laws by sailing to the Indies without VOC consent. Le Maire denied this as he did not sail through Magellans Straits (as specified in the VOC laws) but around Cape Horn!!

With the rare, folding map of the world and another of SE Asia, the detailed map of Magellans Straits, Manilla channel and views of Sao Vicente; Mocha, Callao, Acapulco, Manila and others.