Back to: NORTH AMERICA
LOTTER, MATTHIAS PROVINCE OF NEW YORK AND NEW JERSEY 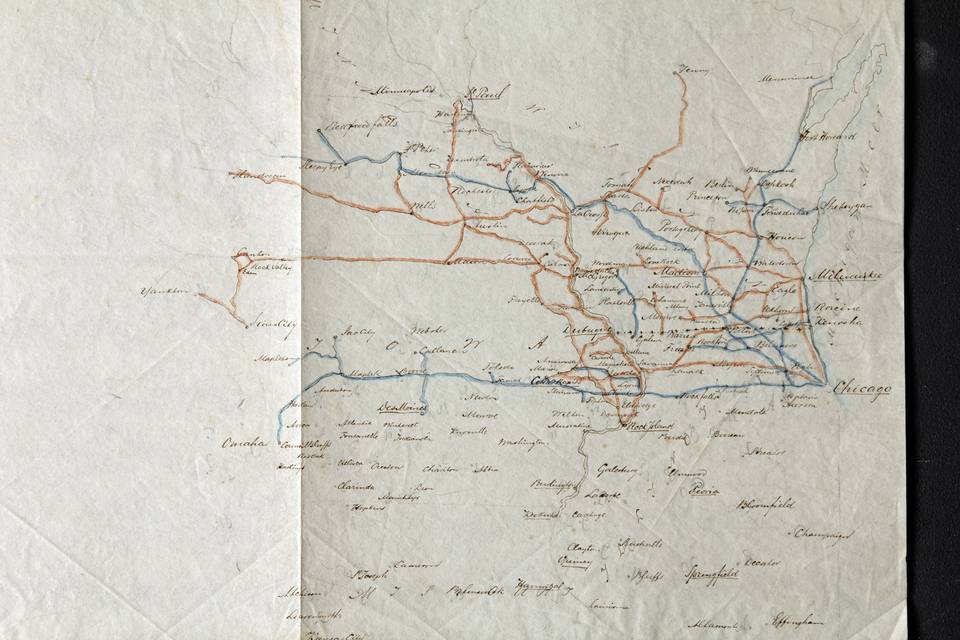 Railway map sketched on paper in pencil and then drawn in brown ink. Handcoloured red existing lines, blue planned lines. Area covered: west of Chicago up to Omaha and North to South between St Paul and Kansas City

Author probably Dutch , Michigan Meer (= lake in Dutch). Wertheim and Gompertz were Dutch bankers since 1843 and investing in Railroad Securities was common at the time.


At the start of the civil war, in 1861, there were only 3 or 4 railroads connecting Milwaukee and Chicago with the western plains. Trains could reach la Crosse, Dubuque and Waterloo and Cedar Rapids (Vance 1995) .

The expansion of the Mid-Western Railroad system after the civil war was especially important to transfer agrarian products, not only passengers, towards the big cities of Chicago and Milwaukee. Even more important was to reach the river systems that drained on the Missouri, Illinois and especially Mississippi basins provided logic to the rapid railroad development of the period (between 1880 and 1900)