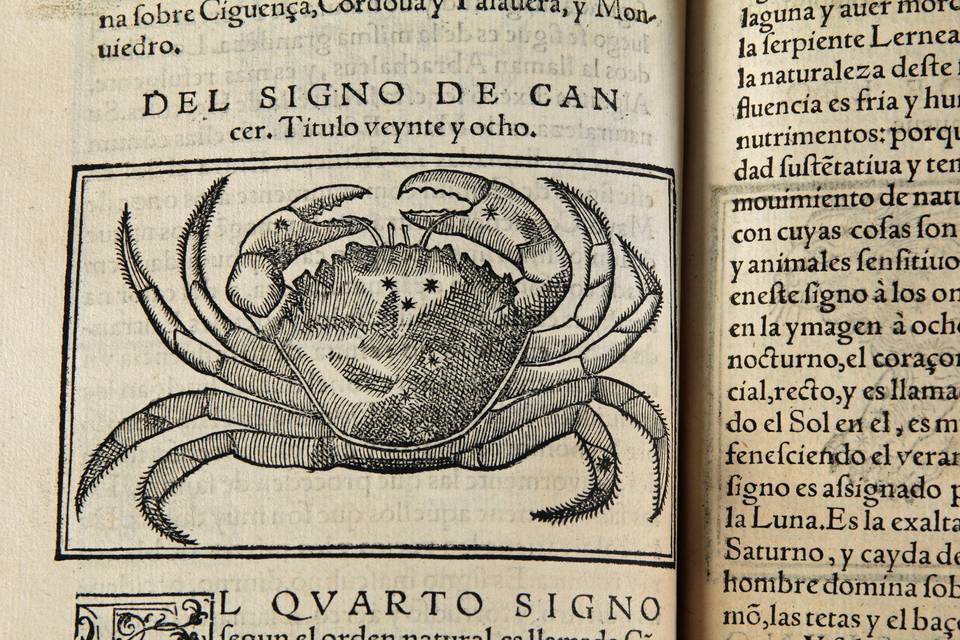 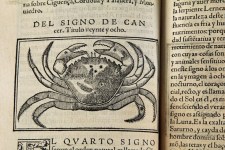 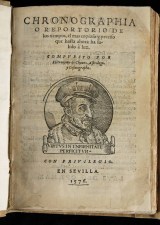 274 lvs of which the first 10 are not numbered. Historiated initials.

Title with portrait of the author

19 half page woodcuts of Zodiac signs

2 terrestrial hemispheres, West and East, the West ( 95 in verso) being an early map of the Americas (Burden 15); the east 91 verso

Modern binding in style and new end papers, else fine.


Geronimo Chaves (1523-1573) was named cosmographer of the Casa de la Contratacion in Sevilla in 1552 as was his father Alonso in 1528. His first book, and edition of Sacroboscos de la Sphera was published in Sevilla in 1545. His Chronographia was first printed in 1554. The Chronographia has four parts. The first is a treatise on time (leaf 1-83), the second is a treatise on the skies and the planets, still following the Ptolemaic system. Copernicus only published his book on the central position of the earth in 1543. The third part is a treatise on the position of the moon and the eclipses of the sun with 43 images of the eclipses, visible in Sevilla until the year 1602. The fourth and last part is a treatise on astrology, prognostications and other manifestations of the planets. The book closes with a table of longitude and latitude of 260 cities in Europe and the Americas. The zero meridian is on Sevilla.

The chronographia was reprinted many times but is nevertheless a very rare book,

probably because it was a handbook, used intensively by the Spanish navegantes for navigation, astronomy and cosmography.