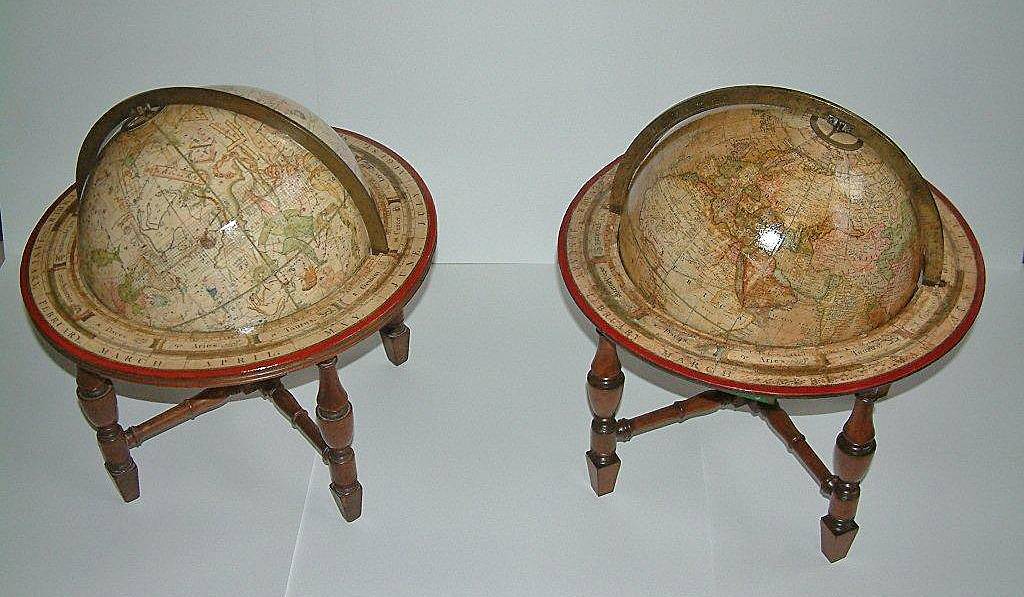 The 12-inch or 30cm globes are made up of 12 paper gores in contemporary hand colouring (strengthened) over a hollow, plaster coated sphere with a brass meridian ring, divided in quadrants. Both settled in a nice English chair with papered horizontal ring, supported by four baluster turned legs, united by stretchers.

The Bardin family was among the greatest globe makers in London from the late eighteenth through the early nineteenth century. The patriarch of the family, William Bardin (d. 1798), began globe production in the 1780s.

In 1790, William Bardin's son, Thomas Marriott Bardin, completed a seven-year apprenticeship, and immediately joined, the firm thereafter trading as W. & T.M. Bardin. In 1798, they began publication of their "New British Globes." The skill required for the production of these 12- (and 18-inch) globes was much admired by the Bardin's contemporaries. Following T.M. Bardin's death in 1819, his daughter, Elizabeth Marriott Bardin, continued the family's globe production until 1832, at which time the company's title was passed to her husband, Samuel Sabine Edkins.