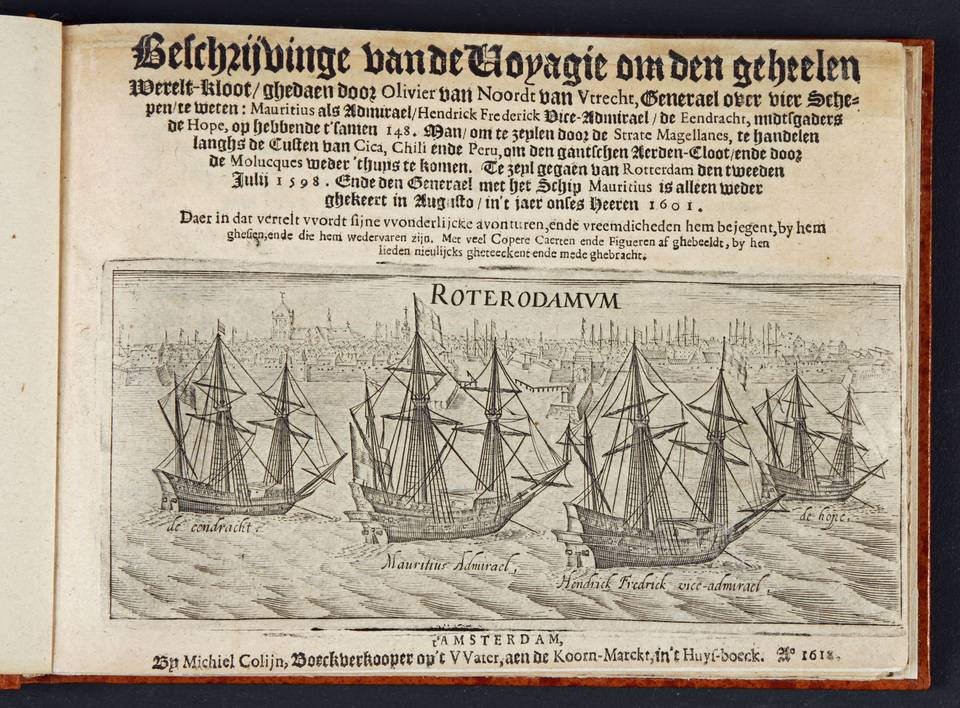 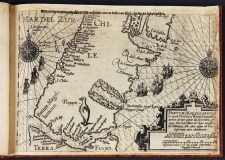 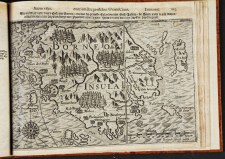 Lacking the last 4 text leaves but complete in plates and maps. All pages cut short at the top with slight loss, repaired. Else fine, clean copy


The first Dutch circumnavigation (1598-1601) under Olivier van Noort. Van Noordts passage through Magellans Strait was the first successful one by the Dutch. His voyage was intended to harass the Spaniards where their defences were weak: the Pacific. Spain considered the Pacific a Spanish lake, albeit a big lake. However the cities along the South American west coast were badly defended. Van Noordt was successful in attacking at the Philippines. Van Noordts circumnavigation, the first Dutch circumnavigation and the fourth overall after Magellan; Drake and Cavendish proved to be a best seller. His neighbour in Rotterdam, the printer van Waesbergen, obtained the right and published a summary of van Noordts journal within a month upon his return (1601). The only surviving copy is in the Lenox collection (now NYPL). The full journal was published by Waesbergen, together with Cornelis Claeszoon without date but probably in 1601 still. The latter provided aid with the maps and other engravings. These are by Baptista van Deutecom and Benjamin Wright (Borneo).

Rare in any edition before the Commelin edition of 1646.