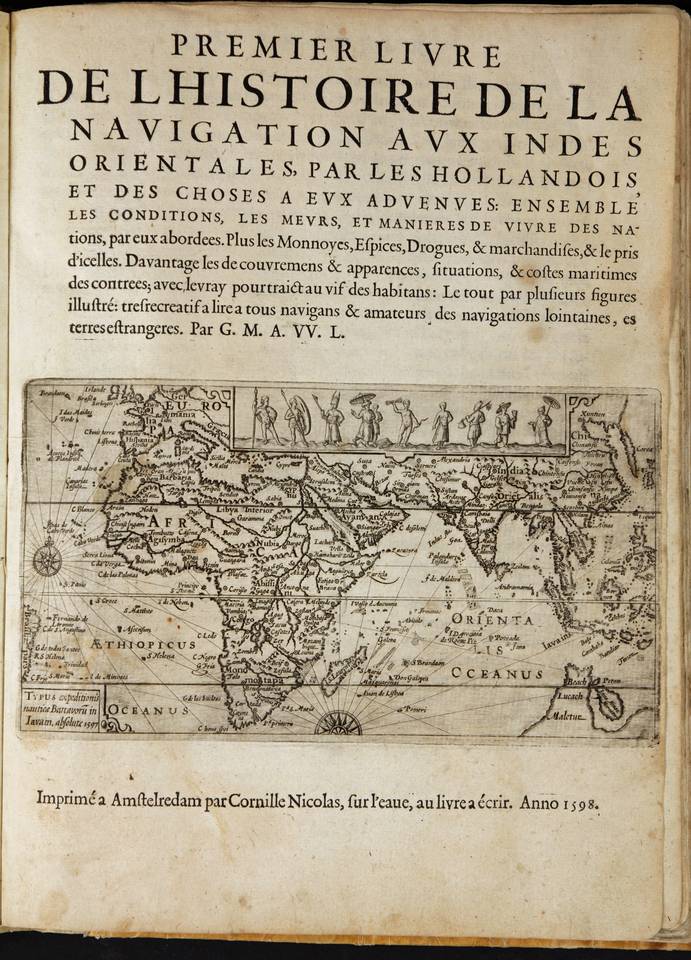 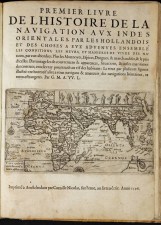 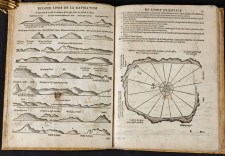 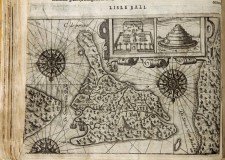 Condition: missing leaf, G 2, in printed facsimile on contemporary paper. The missing plate is the Market of Bantam, probably designed for this Claeszoon edition and printed later as it is unnumbered (unlike the other leaves), carries no text whereas all other leaves with a plate do have text. Pieter Tiele, the first bibliographer of these journals of Dutch voyages, had never seen a copy of the book were the plate WAS included so it is fair to say that it is usually or always wanting.


The voyage by Cornelis de Houtman is the first by the Dutch to the Indies (1595-1597). This voyage was harsh and difficult: only one ship of the four that sailed, returned safely home after two years the original fleet having lost 80 percent of its crew.

Two different journals of this voyage were published by Langhenes in Middelburg in 1597 and 1598, the first under the title Verhael van... and the second as the Journaal van.... The text of het Verhael and het Journael is a surprising mixture of various sources, covering about one third of the voyage (IJzerman, 1903, part II). The text of the Verhael is the text that was used by John Woolfe in London for his English edition of the journal in 1598 and by Hulsius to publish his German version in Frankfurt, also in 1598 and by Conrad Loew in Cologne in the same year.

The text of the first Amsterdam edition, presented here, has a different source. It is mainly drawn from the original journal by Willem Lodewijkszoon (Tiele Memoire 111) and another journal of the same voyage by Frank van der Does. It covers the whole voyage. The many inserts (description, notes etc) have various, later sources... The book was printed in Dutch, French and Latin in its first year of printing, 1598.