Back to: AUSTRALIA & PACIFIC
BOWEN A MAP OF THE DISCOVERIES MADE BY CAPT. WILLIAM DAMPIER IN THE ROEBUCK IN 16DOWNER, JOHN NEW ZEALAND 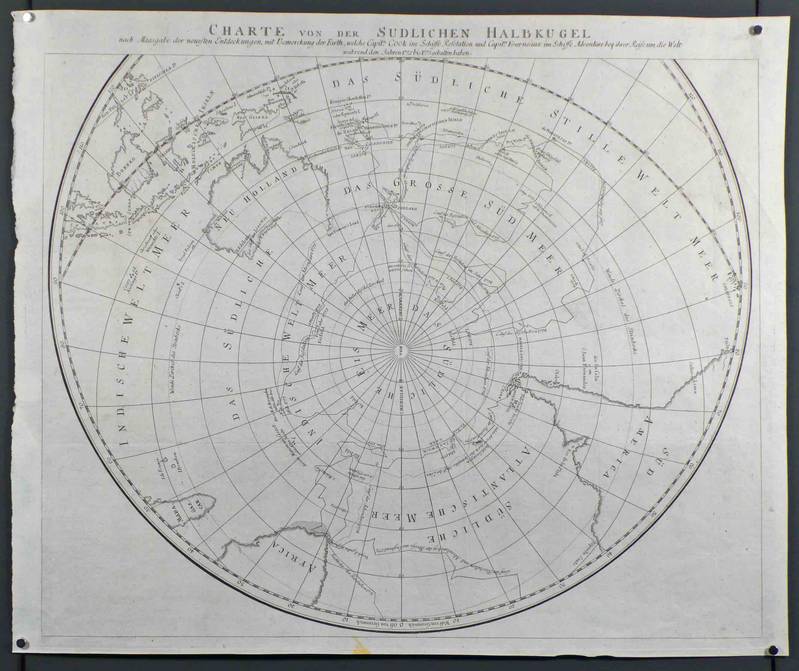 
An exact copy of the map of the Chart of the Southern hemisphere, published in Forster's English edition of a Voyage around the World. Our copy from the slightly later German translation lacks the surrounding texts, found in the English version of the map. George Forster, son of Johann Reinhold Forster, who participated in Cook's second voyage (1772-1775) to find the famous South Land. The your Forster was a brilliant writer and botanist. His book: J.R. Forster A Voyage Around The World (London 1777) was translated in German and published under the title Johann Reinhold Forster's Reise um die Welt, by Haude & Spener in Berlin in 1778. The young Forster drew 301 botanical and 271 zoological drawings during the voyage.