Back to: EUROPE
SANSON N. L'ESPAGNE 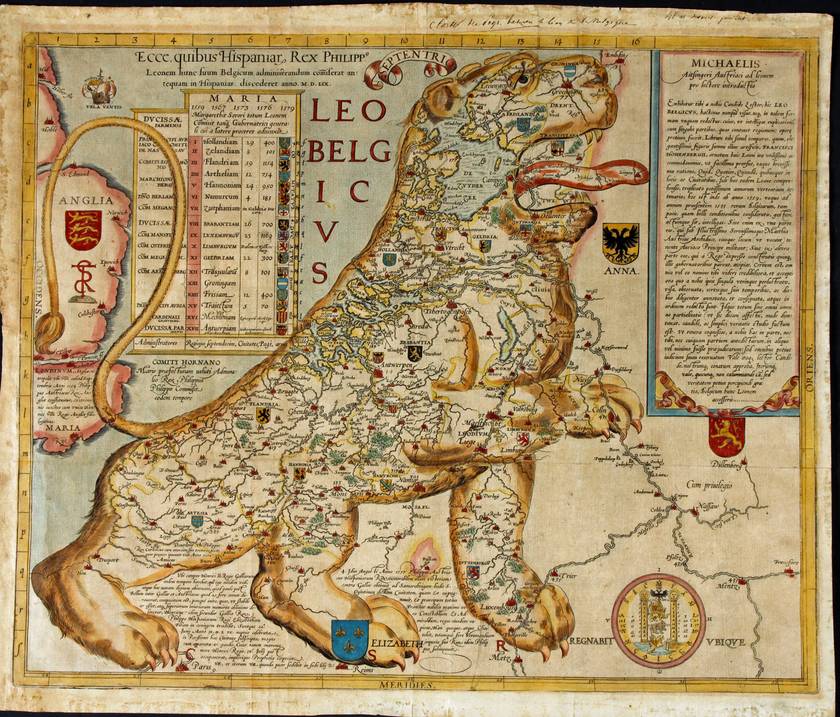 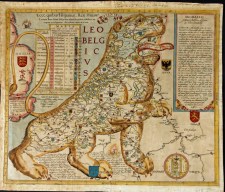 
Important and rare map. First edition, second issue of the map that shows the Low Countries as a Lion for the first time. It appeared in Aitzingers De Leone Belgico for the first time in 1583. The inset to the left names the 17 provinces and shows their Coats of Arms. The inset at the top right as an introduction by Aitzinger on his map. We introduce..the Leo Belgicus...as it was never seen before...

The map as a picture gives also a message. The map shows the extension of the then 17 provinces that constituted the imminent country. The message from the picture is a message of power and strength. Both were elements in the 80 years war the Dutch fought with Spain for independence between 1568 and 1648.