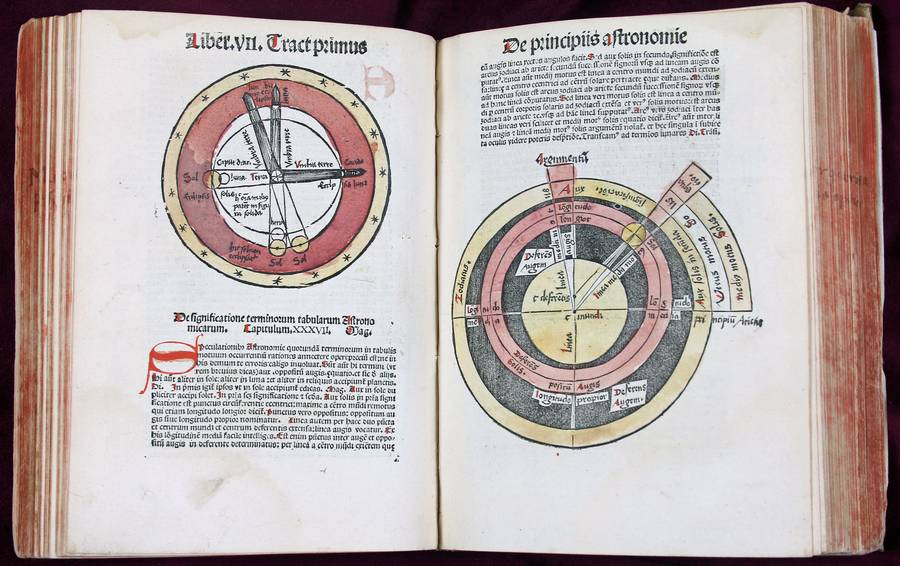 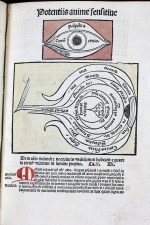 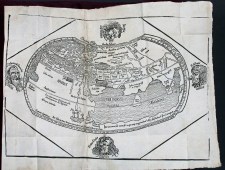 In quarto. In contemporary blindstamped pigskin over wooden boards.

Titel in manuscript on spine

Text rubricated in red all through

One folding, woodcut map of the world, watermark bulls head

Most initials and all woodcuts in straight, contemporary colour.

We have not found any other copy of this book in original colour, so it is extremely rare or even unique in this condition.


Gregor Reisch (1467-1525) was professor at Heidelberg University, where he also taught Waldseemüller. He is part of a circle of scientists/publishers, that include Walter Ludd; Ringmann, professor of cosmology in Basel, Johann Grüninger in Strassburg (printer) , Schott and Amerbach. Between them information flowed freely. Partly under the meacenate of Rene II, Duke of Lorraine, the Cosmographia Introductio was published (1507); wall map of the world naming America (1507); gores of a globe showing & naming America (1507) and later the Carta Marina (1516).

Most fields of sciences are preceded by a full page, metaphorical woodcut, showing and representing the field of science to be discussed. In this 1512 edition after the 12 chapters comes a detailed index and an important Appendix on Greek and Hebraic languages, on the Astrolabe and geographical composition; perspective and other issues.

The folding map is almost always wanting (Maggs, 1929). It is so rare Harrisse had never seen it. It is a Ptolemaic worldmap where the Southland encloses the Indian Ocean. Here are written the words: " hic non terra sed mare est in quo mirae magnitudes insulae sed Ptlomeo fuerunt incognitae" (this is not land but sea wherein a multitude of islands that were unkown to Ptolemy")

The book is also important as an early text on music (Leclerc), on mathematics (Smith)

Finally in medicine the book is considered a "graphic incunable" with most famously the oldest, printed depiction of the human eye (G 3) (Flamm, 2013) and the open skull showing centres of brain activity (H2) "one of the earliest representations of this kind" (Maggs, 1929)