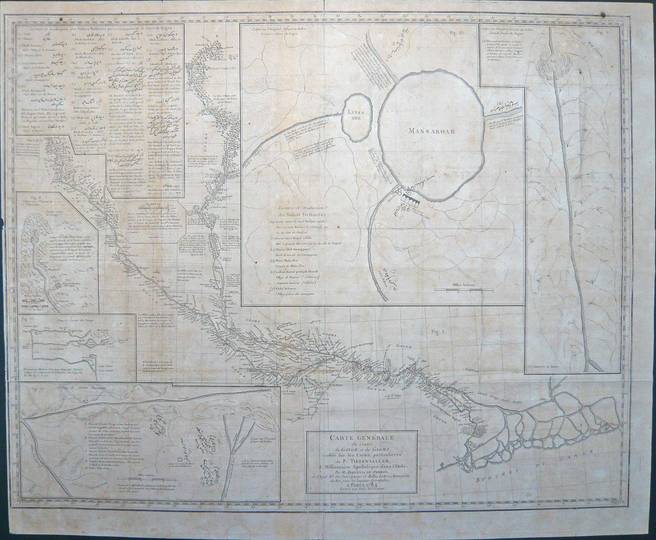 
A rare and fundamental map in the history of cartography of India.

Tieffenthaller (born 1710) was a Jesuit who worked and travelled India (1742-1785). He used his knowledge of the higher Ganges area to draw this map, which was published in Paris in 1784 and used by Rennell for his pioneering work on the cartography of that country. Notably but not surprisingly for a Jesuit he used and credited local cartographical sources where commentaries are written in Persian, the language of official use in large parts of India at the time.