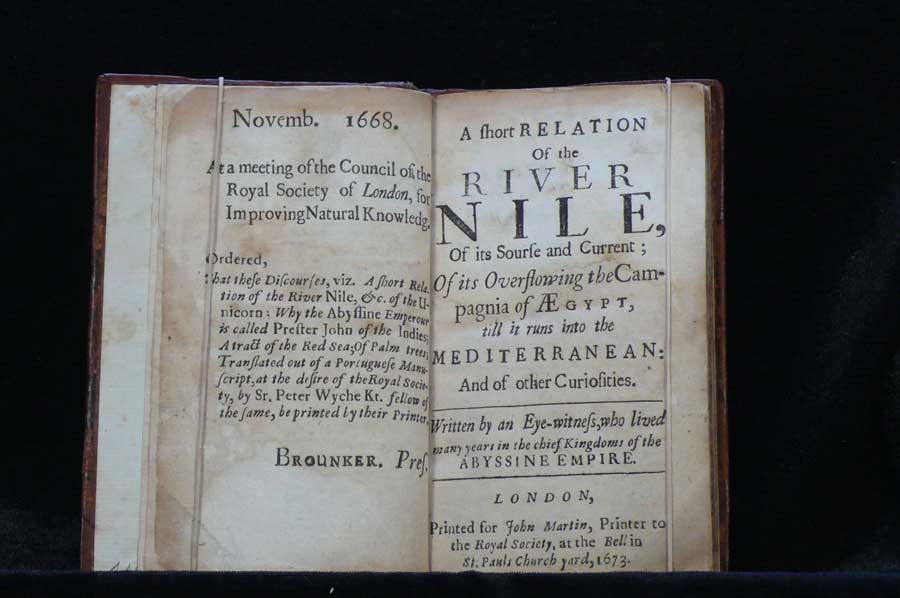 A short relation of the River Nile


Father Lobo (S.J.), 1593-1678, a Portuguese Jesuit went to Ethiopia in 1634 and stayed there all his life. His Historia do Ethiopie, Coimbra 1659 was famous and translated in French (la Haye, 1728). There is another translation, made from a manuscript, not the original printed version, published in Amsterdam in 1728 also in 1728 as "Voyage historique d'Abysinnie. The text was also included in Thevenots Recueil de Voyages. Gay mentions two UK translations of the book, one in 1735 (Brunet 20812), another in 1789. Obviously the text remained important. However, our version London 1673, including the approval of the Council of the Royal Society that ordered the translation, dated 1668 is not mentioned by Brunet or Gay. Sales records also mention an English edition of 1669 so ours may not be the first, but rather the second edition.