Showing anthropophagi (cannibals) on the island of Angama (Bali??) 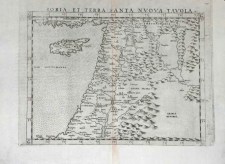 Description of Ormus (see below) is in verso of the map in Dutch.


First map ever printed of the Persian Gulf as a stand alone. Extremely rare as only 13 copes of the original atlas are known to survive. In Sultan al Qasimis book the Langenes map is shown in an c 1610 example by Petrus Bertius. Only in its first edition of 1598 the map is presented without the framework of longitude and latitude, as is our map.

Text in verso of the map: description of Ormus 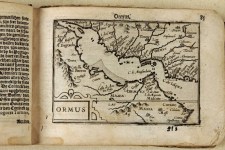 
The first map exclusively dedicated to Arabia is in the Ptolemy edition, in Rome of 1478. This is the Sexta Asiae tabula. The first modern depiction of Arabia is in Waldseemullers Carta Marina of 1516 of which one copy only is known to exist. Further modern features are shown in Sebastian Münsters Geographia of 1540. The first printed modern map is Arabia Felix Nova Tabula by Gastaldi in 1548. That map was copied and enlarged by Ruscelli in 1561. The next innovations in the mapping of Arabia has its sources in the Portuguese, maritime cartography, based the exploration of the Asian waters and ... 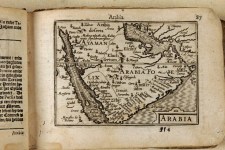 
From the atlas, Caert Tresoor, 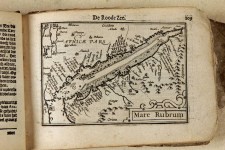 
In part VIII of the Petits Voyages,

This map (plate XIII) comes from the Latin version of the Petits Voyages, part VIII, published by de Bry in 1607. It is the oldest surviving printed map showing Singapore. It came out in identical form in the German version of the same de Bry volume, published in 1606


The north is to the left. The map shows Sinca Pora with the Batasubar (Johor) river to the east. The Sea, south of Sinca Pora is more ... 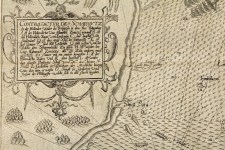 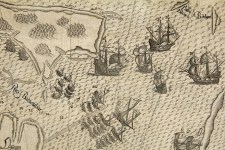 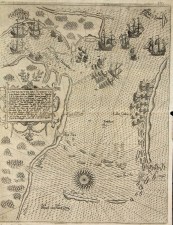 
From the Petits Voyages, book VIII


The Portuguese were the first to depict Macao in the West. These were unique drawings, not prints. The oldest manuscript images that I am aware of are in a 1636 album by Antonio de Mariz Carneiro. I add an image where you can see the development over time in building fortifications at strategic points on the peninsula.

De Bry in his Petits Voyages, publishes an engraved view of the city, a nice and convincing birds ... 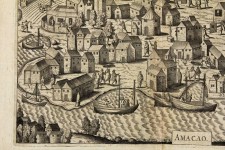 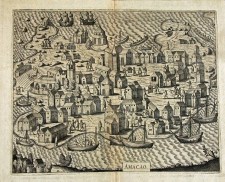 
First carte à figures of Asia, showing the main cities, including Macao and Goa, six images of the kings, as well as eight figures of various countries. 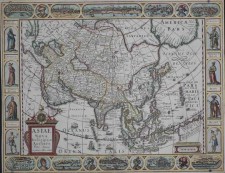 
Detailed map of the Caspian Sea. 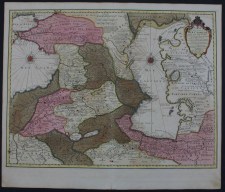 
Highly attractive map of Russia and Siberia, still showing Nova Zembla as part of the continent, undecided whether the Street of Anian open or closed. 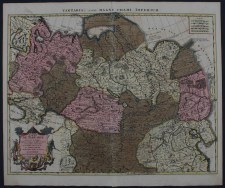 
A rare and fundamental map in the history of cartography of India.

Tieffentaller (born 1710) was a Jesuit who worked and travelled India (1742-1785). He used his knowledge of the higher Ganges area to draw this map, which was published in Paris in 1784 and used by Rennell for his pioneering work on the cartography of that country. Notably but not surprisingly for a Jesuit he used and ... 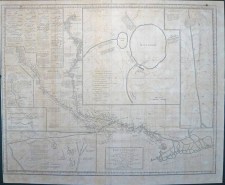 Colored in two more goes of other woodblocks with color: green and yellow

Apart from being informative and beautiful the map stands out using two and three dimensions in one and the same print. The province is shown in two dimensions emerging into a third dimension: mount Fuji. 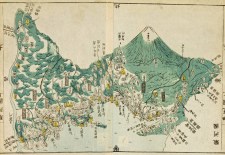