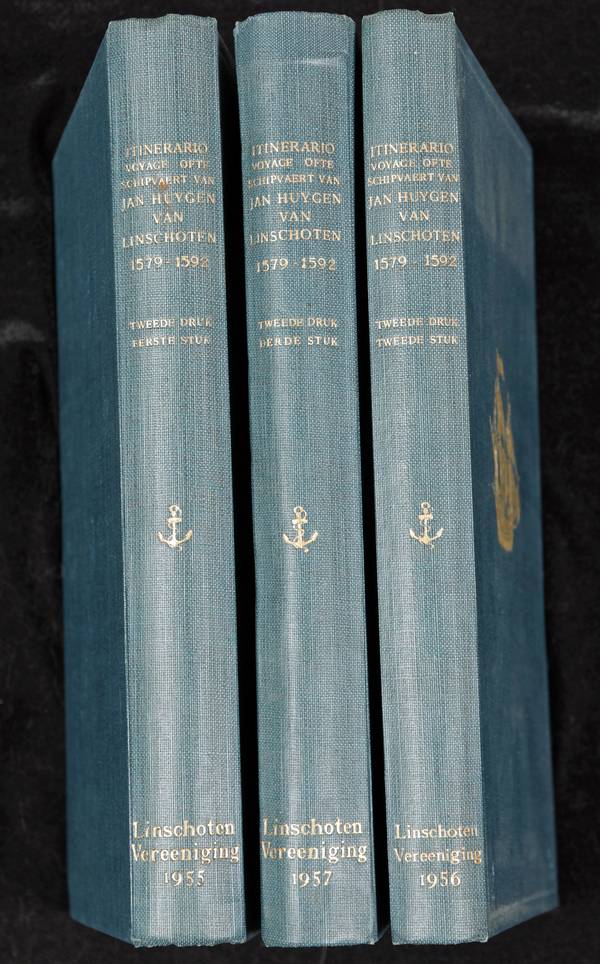 36 plates and 6 full size and loosely inserted at the end of Vol. III


Linschoten ( 1572-1613) sailed as a young man to the Indies as an employee of the Fugger house. There he became assistant to the Archbishop of Goa and all India, Vincentius de Fonseca. In Goa he was in an excellent position to interview mainly Portuguese sailors who on their way back from the Far East and the Spice Islands to Lisboa had to report in Goa first. On his way back to Holland he stayed for two years in Angra on the Azores where he was again in a position to debrief travellers to the Americas. Once back in Holland in 1592, he wrote a handbook for the Indies, based on the exclusive Portuguese experiences of the day, and the books that had been published so far. He was assisted by the local medical doctor and scientist Paludanus, who added scientific inserts on plants & animals.