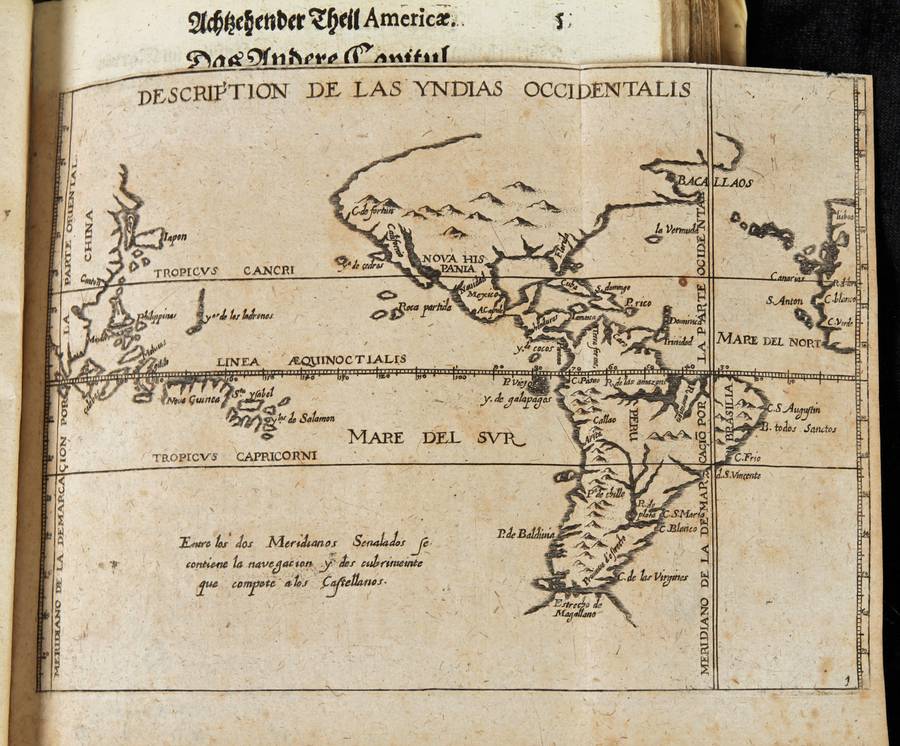 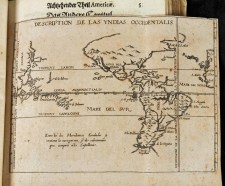 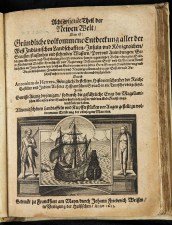 
(Herreras atlas and description of the Americas)

Small in quarto. Remboitage in old vellum over boards

First and complete translation in German of Antonio de Herreras Descripcion de las Indias, 1601, the second atlas ever to be dedicated to the Americas. This essential atlas accompanied his magnificent Historia de los Hechos de los Castellanos en las Indias Occidentales, Madrid 1601-1615. The Descripcion was translated in Dutch, Latin and French and published practically simultaneously in Amsterdam by Cornelis Claeszoon in 1622.


There are other texts, added to the original Herrera "Descripcion" in this book, part 18 of the 26 volume Hulsius collection. From page 156 onwards we find a description of the Philippines, China and Japan. The additional chapters encompass a description of the government of the West Indies -that is the Americas- under Spanish rule and a list of Spanish Governors since Columbus. This part is followed by summaries of most or all voyages throught Magellans Straights from 1520 until circa 1600 including John Moore in 1618; the voyage by Cordes, Mahu and others to the Indies in 1598 through the west and a very brief summary of Olivier van Noordts and Francis Drake s circumnavigations. The book ends with a short dictionary of languages, spoken on the Salomon and Cocos island (German/local languages).

The maps in this version of Herreras Descripcion are 3 times smaller than the originals of 1601 but show, through their dense engraving, the same detail as the originals. The first map, Descripcion de las Indias Occidentales, shows the full area assigned to Spain by the Pope between 32 and 212 degrees West of the prime Meridian, here through Tenerife. That shows the claim by Spain as was till the Treaty of Zaragoza in 1529, 70 years before the map was drawn.

De Brys translation of Herreras Descripcion in German and Latin was published that same year, 1623, but far less complete. Moreover this de Bry translation is "as common as our (Hulsius) is rare" , Asher (1836) 1962, p 86.

Bibliographical essay on the collection of voyages (Hulsius)