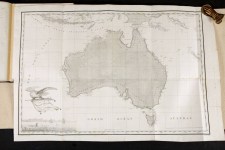 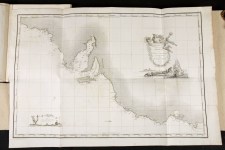 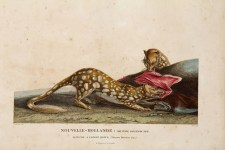 20 of them in contemporary colour, one heightened in gold

Rebound in its original binding possibly for being washed. Still a small, brown spot here and there. No repairs, in deep colour and overall in fine condition.


Both atlases are part of a four volume set reporting Nicolas Baudins voyage around Australia between 1801 and 1804, started by Péron and completed under Freycinet after Pérons death. The famous map of Australia, nr 1 and the equally important folding map of Terre Napoleon, nr 2 were moved by the printer to the second atlas.