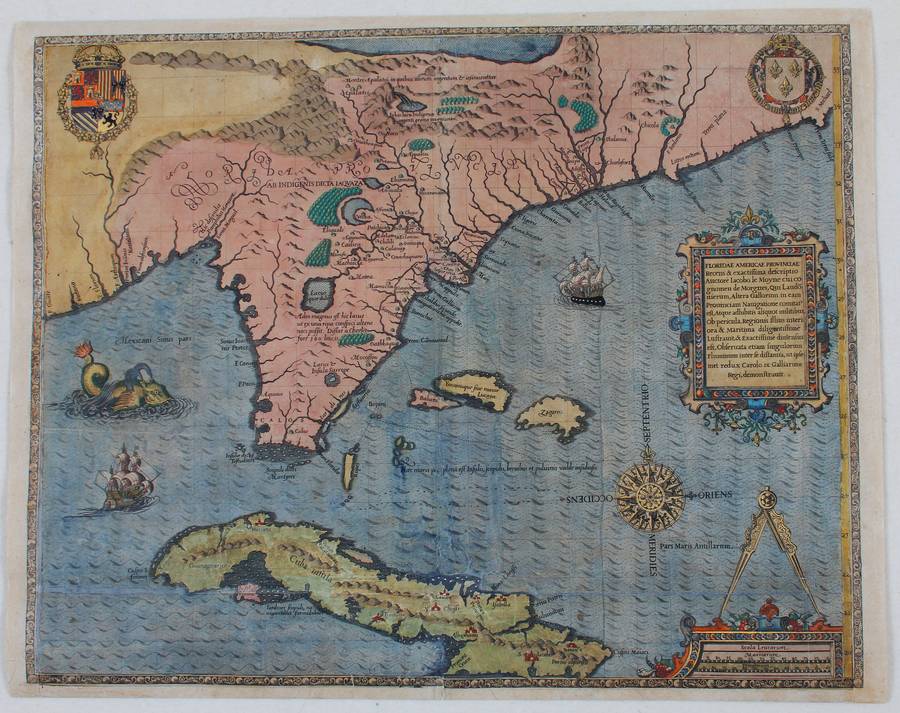 Including Coat of Arms

all in fine contemporary colour.

Slight, overall browning as is usual in de Bry. One plate from another copy and in modern colour. Map restored. K5 (Fe de erratas wit old restuaration. Else fine.


First edition. Latin translation of the manuscript text (and engraving of the original drawings by) le Moyne, relating the French early settlements in Florida (Ribaut, 1562 and Laudonierre, 1564). Many famous images including that of the killing of alligators; the first view of the Florida Keys and -according to aficionados- the first image of a barbecue.

The book is the most famous and sought after book on the early history of Florida. In original colour it may come to the market once every 10 to 20 years. The last copy to appear was offered for 300.000 US.