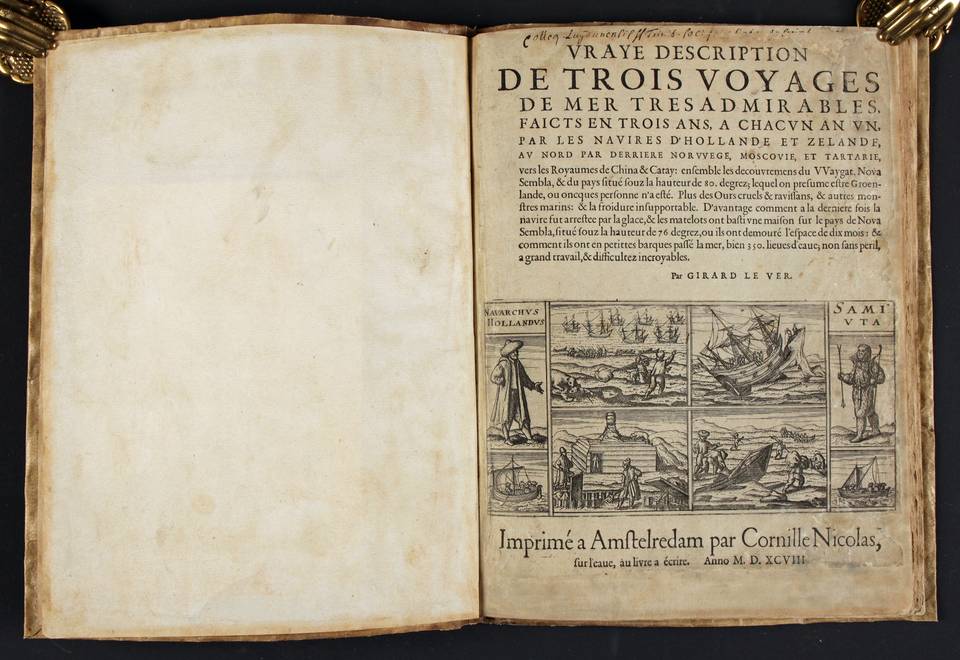 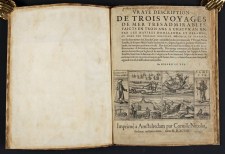 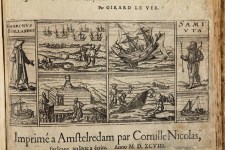 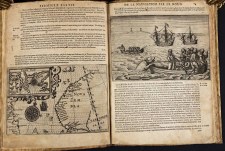 A few marginally restored leaves not affecting text or plates,


First edition in French, contemporary to the first editions in Dutch and Latin. The central person was Willem Barentszoon. Jan Huygen van Linschoten participated in the first two voyages (1594 and 1595) and published his own report on those two (Franeker 1601). The third voyage ended in disaster: the hibernation at Nova Zembla in the Behouden Huys. The story of the survival became an instant hit and icon for polar voyages and courage. One of the survivors was Jacob van Heemskerk who later captained further voyages to the East Indies and who died at Gibraltar in 1606.