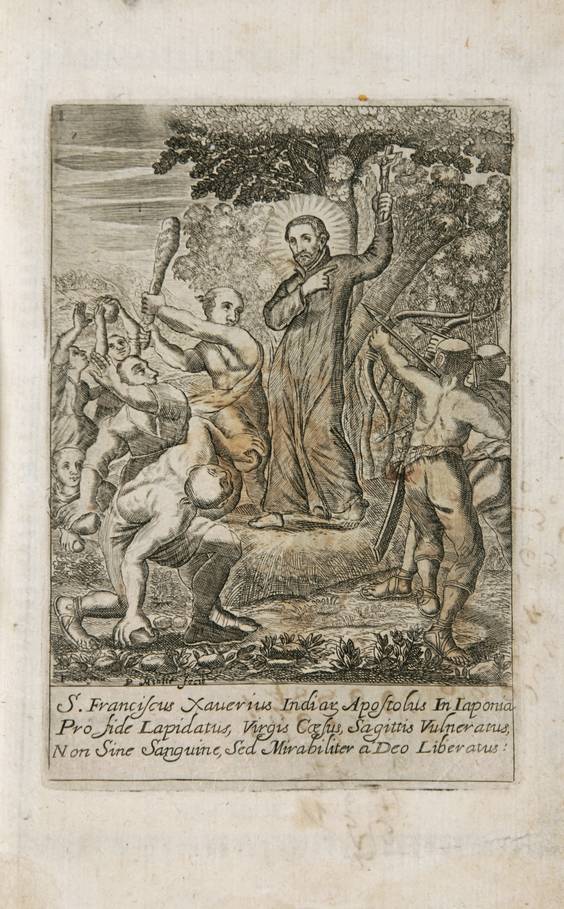 On a few leaves: ink spots and childrens notes in the margin. Light marginal waterstain about 30 leaves. Else fine .


Jose Maria Ascona in his bibliography of San Xavier (Pamplona 1952) mentions this edition as the first, giving a second in Madrid in 1731. Cordier also gives this edition as the first. In a note to the second edition (Madrid 1728), Cordier mentions that Retana (?) has seen two other editions: one of 1670 and one of 1695. I have seen and sold that 1670 first edition, printed in Valencia.

First edition of the life of San Francisco Xavier founding father of the Jesuit mission in the Far East, by a member of the Order of Calatrava, Spain, Don Francisco de la Torre, printed curiously in Lisbon at the order of Domingos Carneyro, with licences given in Portuguese and the text in Spanish. Rare, not in Quaritch, 2006. The Patrimonio bibliografica Espanol only records 4 copies.