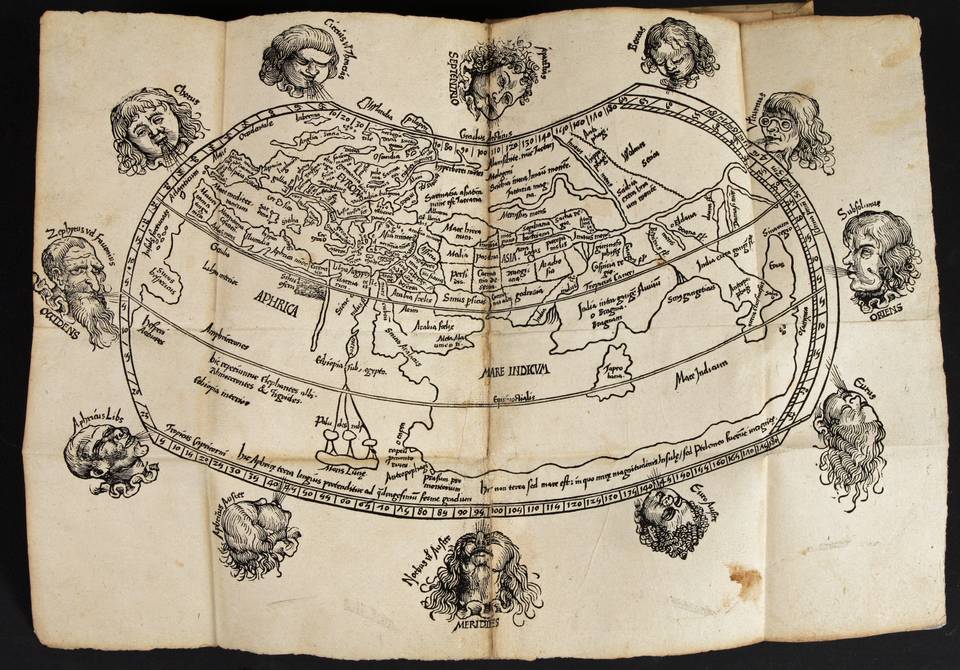 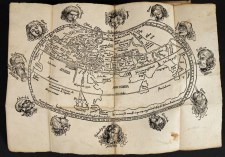 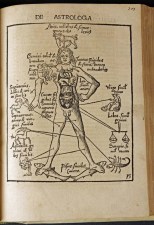 Condition: Rebound in the XIX century possibly for the Colloredo family. Manuscript numbering of the pages in a contemporary hand. Slight uniform overall browning. Both folding music tables strengthened in verso on the fold. Very good.

Worldcat shows 5 copies only. Major science collections seem to have the second edition either by Schott with the original woodcuts or by Gruninger with new woodcuts. For example the Maggs science catalogue nr. 520, 1929 it is the 1504 Schott edition; in the Fairfax Murray collection at Harvard it is the 1517 edition wanting the map and folding music sheets. In the Honeyman collection, nr. 2621, it is the 1504 Gruninger edition.

The Margarita Philosophica is an overview of the liberal arts (science) at the break of the Renaissance, in Germany about 1490. It was the first modern encyclopaedia to appear in print (Smith). Where all other bibliographies give 1503 as the date of the editio princeps, Graesse mentions an edition without date or place, that he dates 1496 and places in Heidelberg. Panzer and Hain suggest this edition with a date of 1496 is the same one as this 1503 edition and dAverzac argues that the text was written and finished in 1496, not published. Being the first edition in this case is important as the book carries some medical images and a worldmap that were designed and printed here for the very first time.

The Margarita stands in line with earlier encyclopedias like the Ethymologia by Isodorus Hispalensis. This text, written in the VII century, includes an OT worldmap, and was printed for the first time in 1472. Jacobus Magnus Sophologium was written in the early XV century and first printed around 1470. Finally Bartolomeus Anglicus De proprietatibus rerum was first printed in 1470.

Most fields of science are preceded by a full page, metaphorical woodcut, showing and representing the field of science to be discussed. The woodcut title page succeeds in summarising all that follows. Here Margarita holds together or directs the seven fields of science. At the bottom Aristoteles and Seneca represent the sources of PHILOSOPHIA NATURALES & MORALES, at the top four church fathers inspire the PHILOSOPHIA DIVINA.

The folding map is almost always wanting (Maggs, 1929). It is so rare Henry Harrisse had never seen it. It is a mostly Ptolemaic worldmap where the Southland encloses the Indian Ocean. Here are written the words: " hic non terra sed mare est in quo mirae magnitudes insulae sed Ptolomeo fuerunt incognitae" -this is not land but sea wherein a multitude of islands that were unkown to Ptolemy-.

The book is important as an encyclopedia, as an early text on the theory of music (Leclerc) and on mathematics (Smith). In medicine the book is considered a "graphic incunable" (Stilwell 1970: 220 ) with the earliest printed image of any value of the eye (Flamm, 2013) at G 3 and the open skull showing centres of brain activity (Flamm) an early depiction of the brain at H2. According to Maggs this is : a phrenological head, showing the brain and its relation to the senses and intellectual process one of the earliest representations of this kind which is found later in many mnemonic works like Dolce; Romberch and Rosselius (Maggs, 1929: 74-76)

Gregor Reisch (1467-1525) was a student at Heidelberg University when he made notes on all 12 fields of scholastic knowledge which were taught there at the time. Only when he became prior of the Carthusian monastery and professor at the Freiburg University did he publish these notes (d Avezac, 1871:98). It was also in Freiburg that Reisch at his turn taught Martin Waldseemuller. Reisch was part of the circle of German humanists, that also included Walter Ludd; Matthias Ringmann, than professor of cosmology in Basel, and the printers Johann Gruninger, Johann Schott and Johann Ammerbach. Scott eventually published the first modern world atlas, designed by Waldseemuller, in 1513.