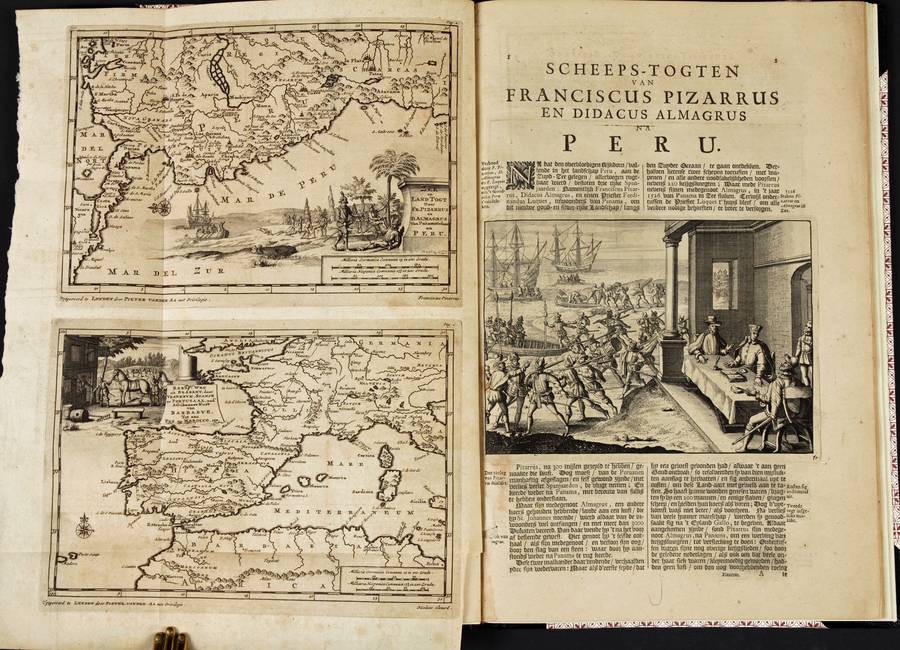 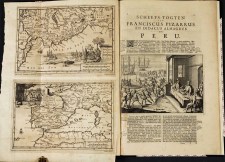 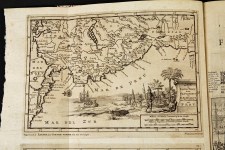 In folio, modern black half morocco and paper over boards


This is the story of the Conquest of the Inca Empire under Francisco Pizarro and Diego de Almagro. A first exploring voyage occurred in 1524, a second in 1526 which eventually touched Peru in Paita and Chiclayo, and third set off in early 1530 after Pizarro had obtained the necessary credentials in Spain to conquer Peru. He left with 181 men and 37 horses eventually reaching Tumbes, Peru in May 1532. He founded present day Piura on the coast and went inland, met Atahualpa, the Inca emperor, in Cajamarca and had him killed after delivering a huge ransom in gold (July 1533). He then followed the Royal Road over the Andes as far South as Cusco where he was joined by Almagro who had arrived with reinforcements from Panama. They destroyed the Inca capital. In January 1535 Pizarro founded Lima, la ciudad de los Reyes. The 25 engravings, illustrating the story, are largely made after the ones Theodor de Bry had made in his book VI of the Grands Voyages, 1595. (after Howego P 108-111).